Are We Under the Influence? 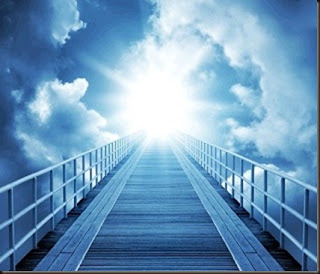 Do you believe in “Providence,” the idea that a higher power sustains us and influences each of our destinies? It is, of course, one of the great unknowns that we are all faced with in this life. What some people might call “purely coincidental events,” others see as a sign that their God is working in their lives and they need to “stay tuned” in order to more clearly perceive the direction that their lives should be headed.

Based on the information that I have reviewed over the years, as well as personal experience, my own opinion has been that we don’t function as if we were tethered to a puppeteer’s strings, simply acting on ideas that have been placed in our heads by a higher power. I prefer to think that the choices I make in life are solely the product of my own thoughts and desires. In other words, I have “free will.” As an aside, an interesting book to read is “Free Will” by Sam Harris. He makes a compelling case that our “free will” really isn’t so free and is in large part shaped by our gender, economic status, where and when we happened to be born, and other factors that together help form the boundaries of our real-world experience and consciousness. Taken together, those random circumstances have the effect of steering us to the choices that we make.

However, there’s another side of the coin. A close friend of mine is a devout Christian and he recently described an experience that he had. Almost a year after his epileptic brother died by suicide, he visited the mausoleum where his brother’s ashes were kept. Later that day, while he was stuck in traffic and sitting in his vehicle, he noticed a young man walking erratically down the sidewalk. Realizing that the man was bleeding profusely, he pulled over and offered his help. After receiving instructions from an emergency medical technician over the phone, he applied compression and helped stop the bleeding. The ambulance came and took the young man to the hospital for further treatment. My friend later discovered that the young man had attempted to kill himself.

My friend had recently been part of a small study group whose topic was “keeping your antennae up” and listening for God’s messages. After my friend told me the story, he became emotional as he said that those events took place on his deceased brother’s birthday. He asked me if I thought it was purely coincidental, or perhaps a message intended for him. Of course I have no way of knowing the answer to that question, but I do know that his brother would have been proud of him, as am I. So I’d like to offer a toast:  To the young man whose life was saved, that he is appreciative and thankful for the actions of my buddy, who may have been functioning “under the influence” that day.